Karavay - the main thing is inside!

Today, products under the brand name "KARAVAY" can be found throughout our country and far beyond its borders - the enterprise is the largest in the Russian bread industry with 100% domestic capital.

This year marks 95 years since fresh, fragrant and invariably tasty bread from KARAVAY appears on the table of almost every St. Petersburg family every day. Breads and long loaves, muffins, pies and cakes, dryers and bagels, frozen semi-finished products, bread kvass and even souvenir gingerbread - more than 200 items in total.

Develop a key visual for the line of functional breads "It is possible and can be done". 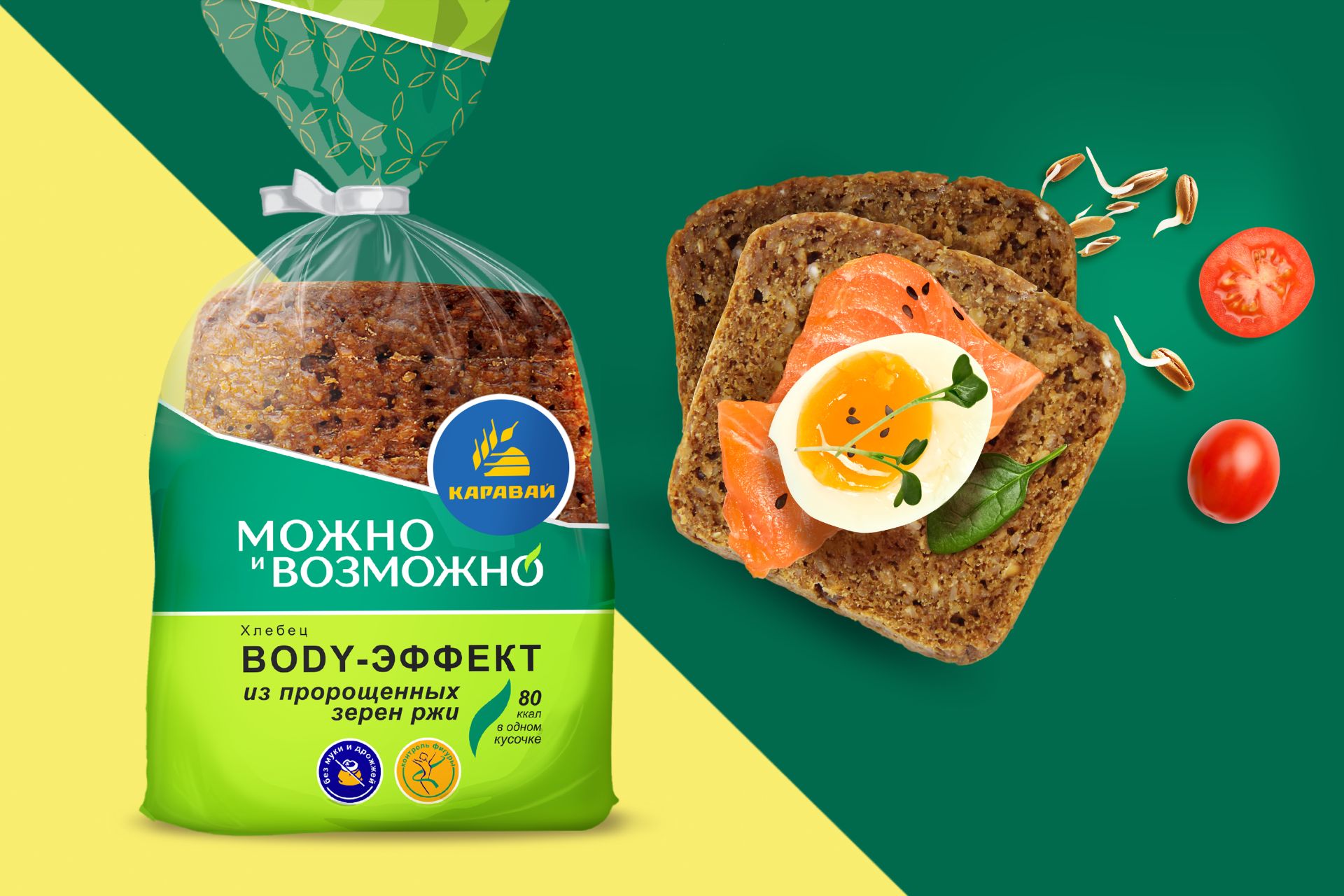 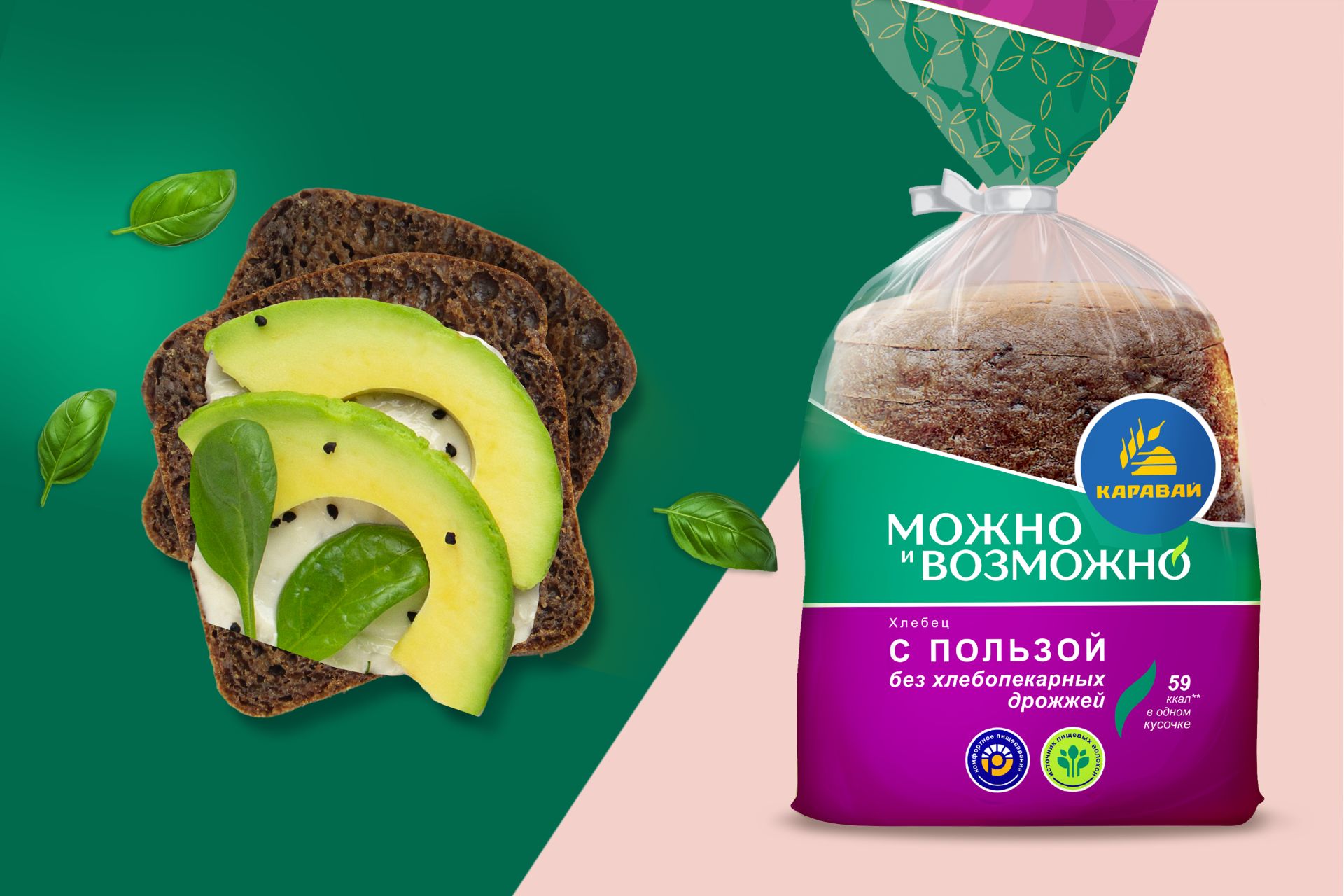 We created key images for two SKUs: Body-effect Sprouted Rye Bread and Low-Calorie Unleavened Bread. It was necessary to convey the feeling of pleasure and benefit from the new product through key visual, to demonstrate its benefits and properties, and to acquaint the residents of the city with the novelty.

The two key images are in the same style to match the subbrand. The product itself is shown tasty and noticeable so that people can easily remember and later find this bread in stores.

It was important to make this offer tasty and bright, so that billboards and city formats stand out from the noise of other advertising in the urban environment, and people pay attention to them.

In the Body-effect bread casual visual, we focused on the benefits of sprouted grains. In the second - on a low number of calories, 59 kcal per 1 piece. And we complemented both key images with delicious food zones.

The advertising campaign was held in St. Petersburg in November, 3 by 6 billboards on highways and city formats, supersites and lightboxes in the metro were involved. 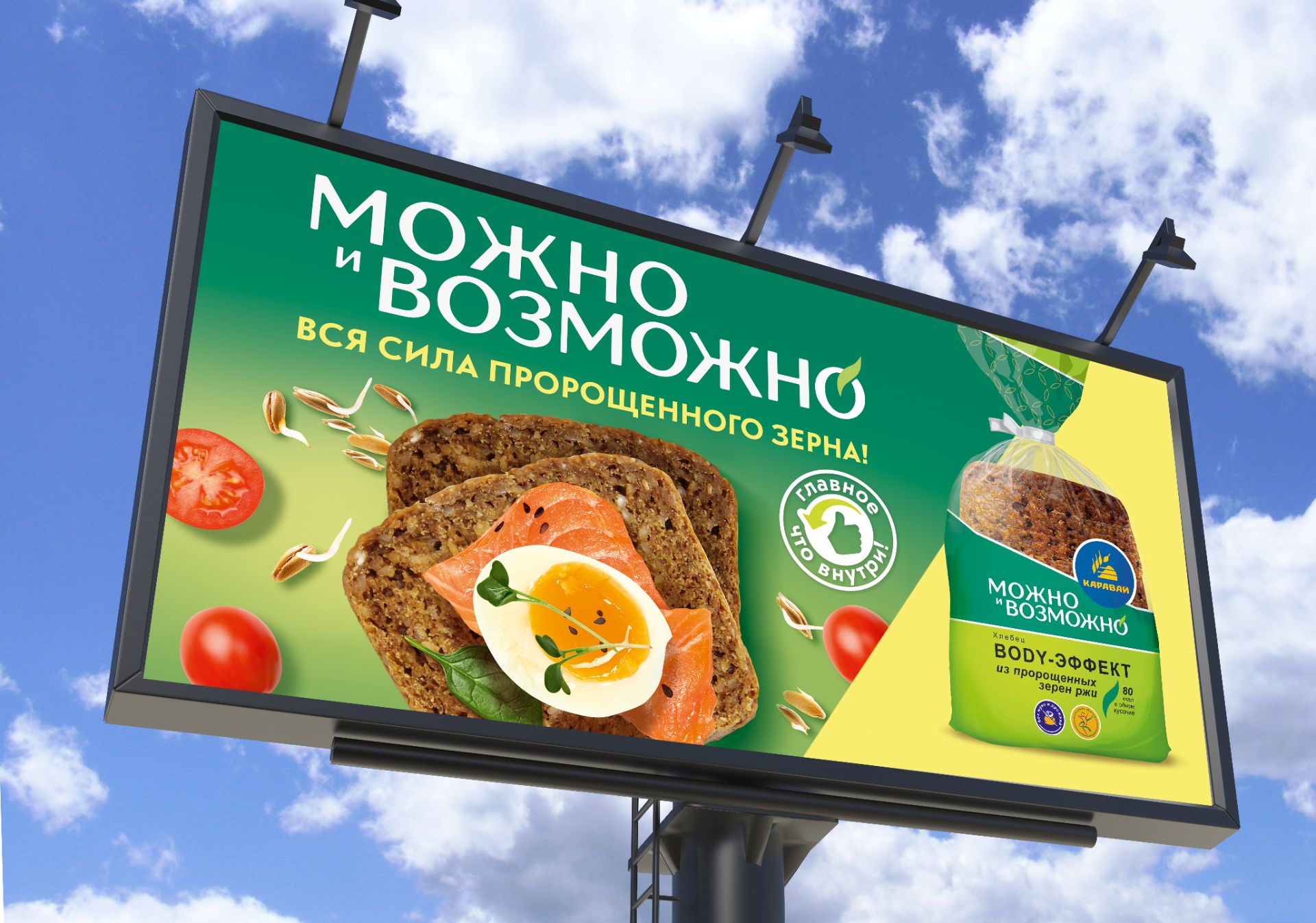 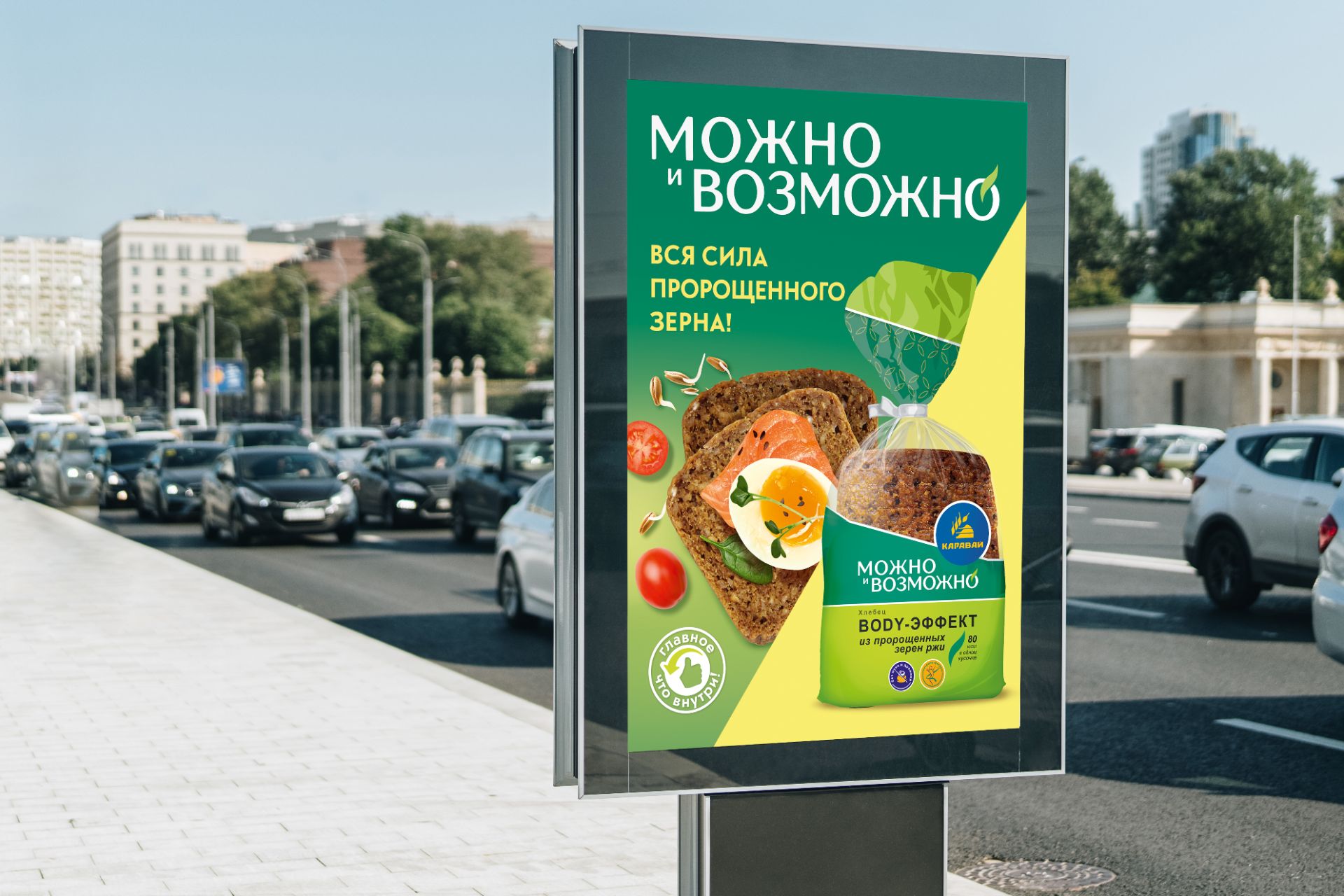